Home Car Cameras Should I buy a camera for my car?

If you are thinking if it is worth buying a camera for your car, the short answer is, why don’t you have one already?  With so many things going on around us when we are driving it is easy to be distracted then BUMP!  Either someone hit you or, worst case scenario, you hit someone.

I drive daily, as we most do, so I feel a little more secure knowing that if I get into an accident, I have a camera recording the before and after if I do unfortunately become involved in a road traffic collision.

After being involved in a collision several years ago, I was asked to explain what had happened – pretty standard stuff.  I was hit from the rear end which caused me to hit the car in front.  My insurance company called me later on in the day and said they could not contact the car driver in front as they had to verify that I only hit his car once and not twice.

Luckily the matter was resolved and the driver that caused the collision stated that he was completely at fault.  This got me thinking into how I could protect myself from blame, it was my first road accident where I was the driver and it was not a nice experience being almost interrogated by my insurance company.

I started researching Car DVRs to find a car camera that would fit my car and provide good quality footage.  I have purchased several over the years since as the prices have decreased and the quality of the recorded footage has increased.

Which cameras have I purchased?

Over the years I have purchased cameras for my own vehicle as well as family and friends.  As I said, I have two in my own car but my parents for example only wanted a single front camera, whereas others agreed with me that two was the better option.

This is the current main camera in my car and so far it has proven to be pretty reliable.  It is full HD 1080p, 170 wide angle and has good night recording due to the F1.8 large aperture.

When I purchased it, it was approx £110 but more recently it has come down by £20-30 so it is very good value right now

I actually took some of the footage and used it in a family video from a trip to a safari park, the footage was very good quality.

Click here to buy the camera and for more information

This is the current secondary rear camera in my car, it is basic and stays in place stuck to my rear windscreen.  It is full HD 1080p and has 170 wide angle lens.  The screen is 3″ so it is a little larger than the Vantrue X1, it makes editing the onscreen settings a little easier.

When I purchased it, it was approx £40 but more recently it has come down by £40-50 so it is very good value right now and a nice back up camera.

Click here to buy the camera and for more information

Those are the two cameras I have in my car right now, there are plenty more.  Click here to be taken to the car camera dvr section for a whole load of cameras.  Any camera is better than no camera at all.  Whatever your budget, it is better to be safe than sorry. 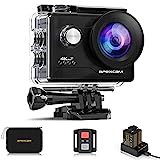 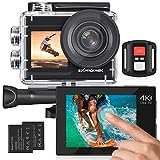 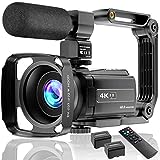